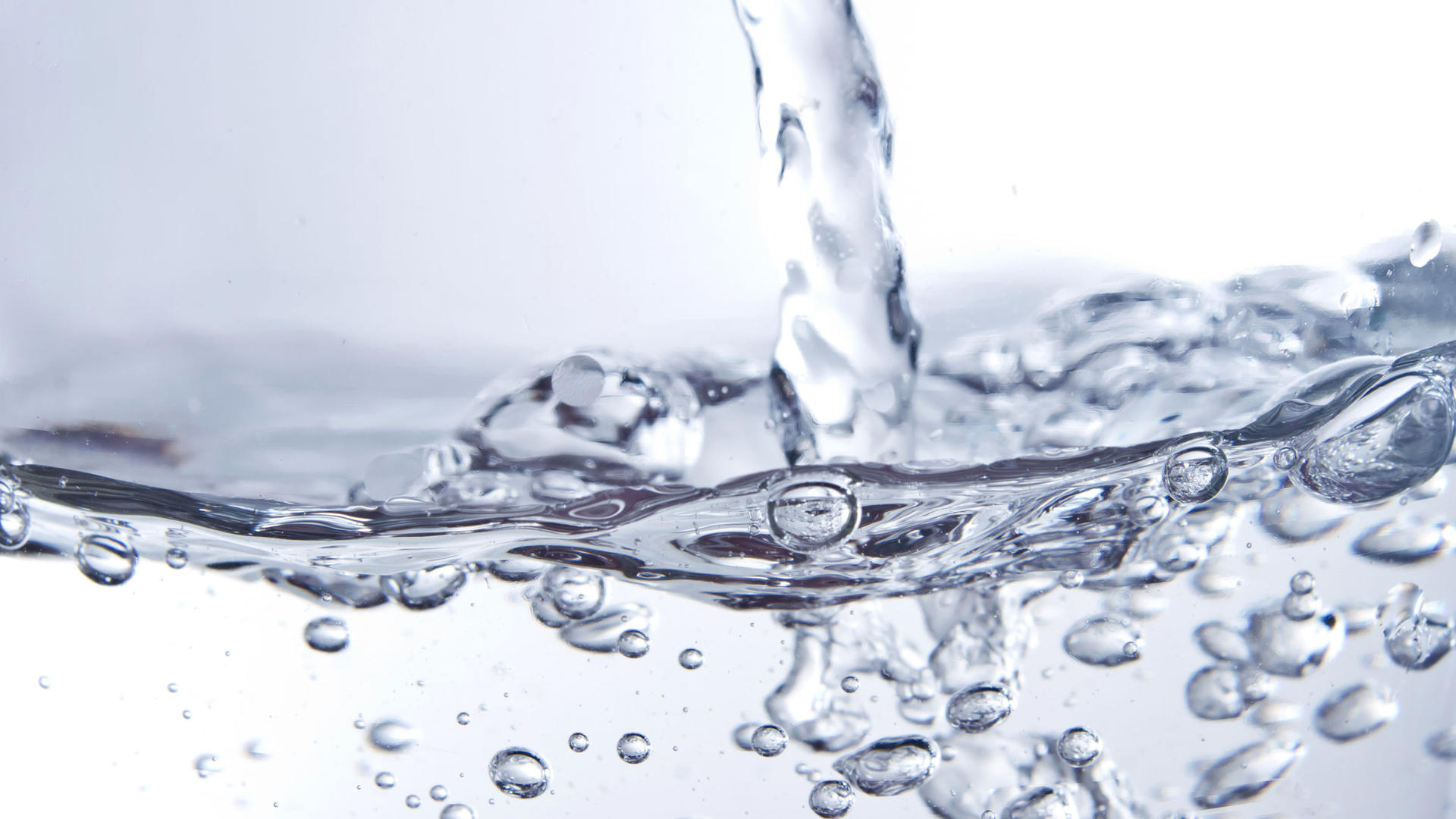 Germany is producing drinking water mainly from groundwater. But in many places, it is heavily polluted. In areas with intensive agriculture, groundwater can contain nitrates, fertiliser residues, herbicides, pesticides, pharmaceutical residues from factory farming as well as uranium.

One of the reasons for high nitrate contents in groundwater is the nitrogenous fertilisation of the fields. In addition to mineral fertilisers, liquid manure from fattening stables and biogas plants is also distributed. The fertiliser portion that is not consumed by the plants and is not degraded in the soil by denitrification then enters the groundwater as nitrate.

Nitrate in drinking water, obtained from groundwater, is a hazard that should not be underestimated. It can cause severe damage to health once the human body has absorbed it. In the acidic environment of the stomach, nitrate can be converted to nitrite. In combination with the protein components of food, carcinogenic nitrosamines can form. Nitrate is especially dangerous for babies because it inhibits the absorption of oxygen in the blood. In the worst case, the baby can suffocate. The World Health Organization (WHO) has, therefore long been warning about the dangers of nitrate. In the EU, a limit of 50 mg/l of water applies, but in Germany, this limit has been significantly exceeded in many places and for years. Therefore, the European Union had started already a second infringement procedure against Germany in July 2019.

Herbicides and pesticides are frequently used in agriculture to secure yields. Even when used correctly, residues of such pesticides can get into the groundwater and subsequently into drinking water. Despite strict approval regulations, these can be detected again, and again. One of the most frequently used weed control agents is the pesticide glyphosate.

Uranium (a heavy metal) in drinking water is naturally extracted from groundwater that is in close contact with uranium-bearing rocks and sediments. Depending on the respective geo- and hydrological conditions, different types of rocks and sediments can contain natural uranium in various concentrations, and the individual uranium contents can vary.

Due to its toxicity, uranium can cause serious health consequences such as kidney damage. According to the German Federal Environment Agency, a maximum level of 10 µg uranium per litre of drinking water is therefore considered a lifelong tolerable amount. However, this agreed maximum level of 10 µg/l does not offer sufficient protection for infants and small children, who can absorb such substances much faster than adults. For precautionary reasons, according to the organisation Foodwatch, drinking water should not contain more than two µg uranium per litre. According to the EFSA study on „Uranium in food, especially mineral water“, even with less than four µg of uranium per litre of water, there are considerable risks of damage to vital organs for infants and small children.

The situation in the cities and metropolitan areas does not look much better. On the contrary - due to the enormous population density and industry, far worse substances can contaminate drinking water.


High population density makes it easier for diseases to spread, requiring more medicines to be used to contain them. In 2019, more than 48,000 prescription drugs were approved in Germany alone. However, drugs are not 100% absorbed by the body, and many of them end up in wastewater via natural excretion. The improper disposal of medicines is another decisive factor for the high percentage of their residues in the groundwater. The German Federal Environment Agency prescribes a limit of 0.1 µg/l per individual substance in the Drinking Water Ordinance. The problem, however, is that given the enormous amount of drug residues, it is not possible to search for every single substance in use. It is only possible to guess how many substances, and in what quantity, cannot be filtered out of the water.

Also, many cities have a dilapidated and outdated drinking water network. Water pipes in housing estates and old buildings in need of renovation can affect drinking water quality by many unknowns. Old and worn water pipes can be an ideal breeding ground for bacteria, which can spread quickly. Bacteria and viruses in drinking water are a problem that affects private households and public facilities alike. How often do you hear and read in the media that drinking water must be boiled in some regions due to germ contamination? In 2016 alone, according to the German Federal Ministry of Health and the Federal Environment Agency, over 15 million inhabitants in Germany had to boil their drinking at one stage water because of germ contamination. The drinking water network in cities can also cause completely different health problem aside from bacterial contamination:  lead or copper pipes through which drinking water is piped into buildings.

Both lead and copper can cause severe health problems. Especially pregnant women and children must be protected from lead in drinking water, as it can cause severe damage to the nervous system and intelligence development. But how can these heavy metals even get into drinking water? Lead in drinking water is still today part of everyday life in some regions.
In most cases, old lead pipes in domestic installations cause water pollution with lead. Especially in older buildings that were built before 1973, there is a possibility that lead pipes were used during construction. Only after 1973 lead pipes were no longer used in Germany.

Copper is used very often as material for water pipes. However, when the water has a low pH value, the metal can be washed off the water pipes and thus get into tap water. The heavy metal can be especially hazardous for babies. Copper poisoning can lead to severe liver damage and sometimes can even be fatal. The Drinking Water Ordinance sets a limit value of 2 mg/l tap water for copper, but this is still far too high vs. the possible damage to the human body.

In addition to all these substances, tap water can also contain other thoroughly hazardous substances such as arsenic, micro-plastics and industrial waste. Only a fraction of those is listed here. The municipal water suppliers do their utmost to filter substances out of raw water and to provide the consumers with water that complies with the drinking water ordinance. But it is also up to us to help to ensure that pure and uncontaminated drinking water is available today and in the future. Purified water - the solution can be so simple!

Detailed information (in German) about the Drinking Water Ordinance can be found on the website of the Federal Environment Agency:
https://www.umweltbundesamt.de/publikationen/bericht-des-bundesministeriums-fuer-gesundheit-des-3

Drinking water - our most valuable commodity